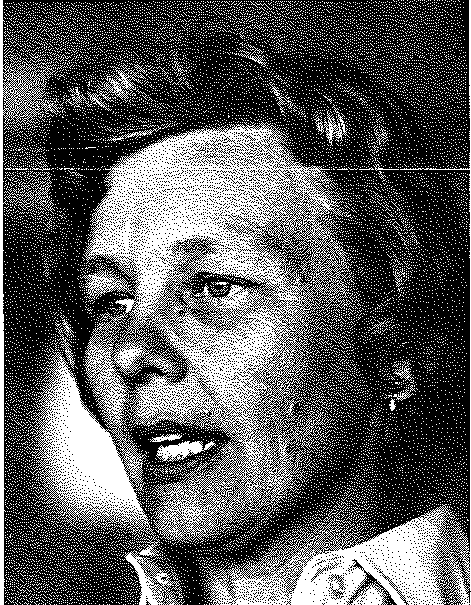 Highlights of the year from the Oral History Association Newsletter…

Who we were interviewing… 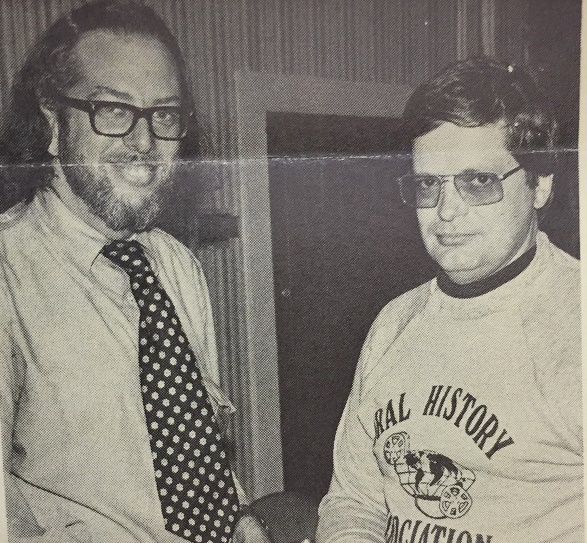 Throwback Thursday…1975 (is that an OHA sweatshirt?)

Highlights of 1975 from the Oral History Association Newsletter…

Check back next week for highlights from 1976… 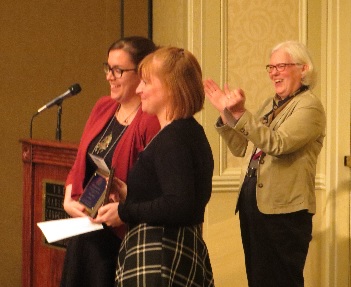 Deadline for OHA award nominations extended to May 1

The submission deadline for annual OHA awards marking achievement in the use of oral history has been extended. Submissions for the Book Award, Article Award, Elizabeth B. Mason Project Award, Oral History in a Nonprint Format Award, and the Postsecondary Teaching Award will be due by Sunday, May 1.  The deadline for the Stetson Kennedy Vox Populi award, created to honor individuals and organizations for using oral history to create a more humane and just world, is May 15. For more information, see Awards. 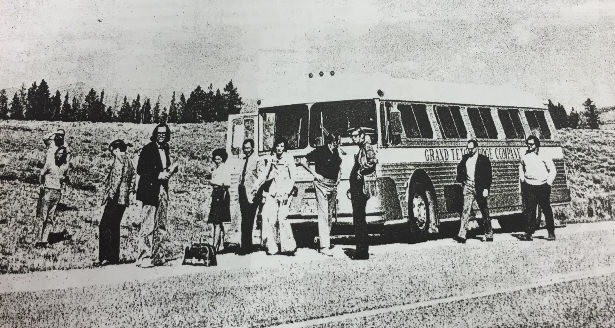 Attendees at the 1974 Colloquium were stranded when the bus to the airport broke down.

Highlights of the year from the OHA newsletter…

Who we were interviewing…

Check back next week for highlights of 1975…

This conference continued the high caliber of organization and paper content that has become the hallmark of this conference.  Unofficial statistics for the Oral History Network reveal:  79 papers were accepted; 21 were rejected; 63 were published in the conference programme.  This is similar to the number in Berlin 2004 with 68; Amsterdam in 2006 with 61; Lisbon in 2008 with 66 and Vienna in 2014 with 64.

Leslie McCartney presented a paper on the reuse of archival recordings done by scientists in the 1970s and 2000s along with current recordings of residents’ observations of sea ice changes in the Chukchi Sea, making the point that existing oral history recordings residing archives and as collected today are very useful for scientists and local residents to discuss a changing climate.  All of the interviews and supplementary documentation are available on www.jukebox.uaf.edu/seaice.

Miroslav Vaněk presented there a his paper concluding general thoughts about developments of oral history on international ground, which were realized between two International Committee of Historical Sciences (ICHS) Congresses, San Francisco 1975 and Jinan 2015. Pavel Mücke tried to present the first research outputs from recent project of Oral History Center, Institute for Contemporary History (Prague) aimed to the oral history and contemporary history of traveling and tourism in Czechoslovakia before 1989. Their impression from Valencia were generally positive, a congress was organized very well and on high standard as it became usual on ESSHC platform, however they reflected some changes and shifts in also very well organized Oral History Network. A longtime co-chair Graham Smith (U.K.) passed his position to newly elected member, Malin Thor Tureby (Sweden), which will be co-chairing a next network sessions on Belfast ESSHC 2018 congress with chairs on duty, Andrea Strutz (Austria) and Anne Heimo (Finland). Because of limited space for Oral History Network in conference program (around 60-65 presenters in maximum) and a consequent non-accepting of several proposals before ESSHC 2014 congress held in Vienna, a lot of participants applied their papers for Valencia to other networks, which caused a considerably radical change in auditoriums, now much younger (with many Ph.D. students) and with full of first time presenters.

On a whole, the conference was very positively was perceived and evaluated at an Social Event with refreshments, co-organized by Graham Smith and David Beorlegui (Spain), which was held in Terra-Centre Social Club and visited by the majority of Oral History Network participants.

Applications to the Oral History Association Annual Meeting Scholarships can be found at http://www.oralhistory.org/annual-meeting-scholarships/.

If you are planning to attend this conference, the following website has details on the conference scheduled, scholarships, registration, visas, accommodation and more: http://iohaconference2016.org/. 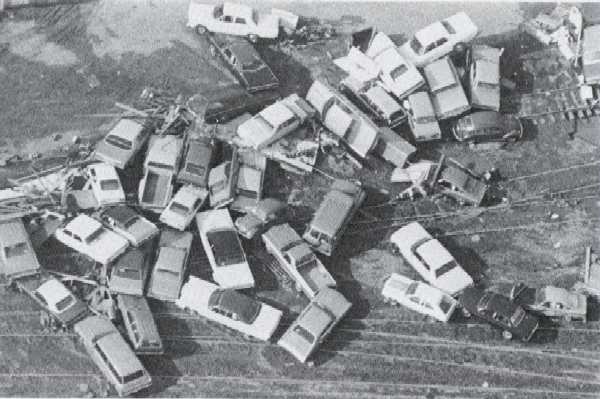 Highlights of the year from the OHA Newsletter:

Who were we interviewing?

Click 1973 OHA Newsletter to get a sneak peak at the front page of the Oral History Association newsletter, Volume II, Number 1, March 1973

As an oral history educator, I always emphasize student self-reflection.  I always task my history students at Harford Community College to share their thoughts on how the oral history process impacted them personally and affected their perceptions of the history the narrator discusses.   In this self-reflection video clip, a recent student (Amber Turkin) reflects on the interview she conducted and the ways in which her oral history experience enhanced her understanding of our class on the 1960s.  Amber’s self-reflection demonstrates the power of oral history to make the past meaningful and relevant for students: