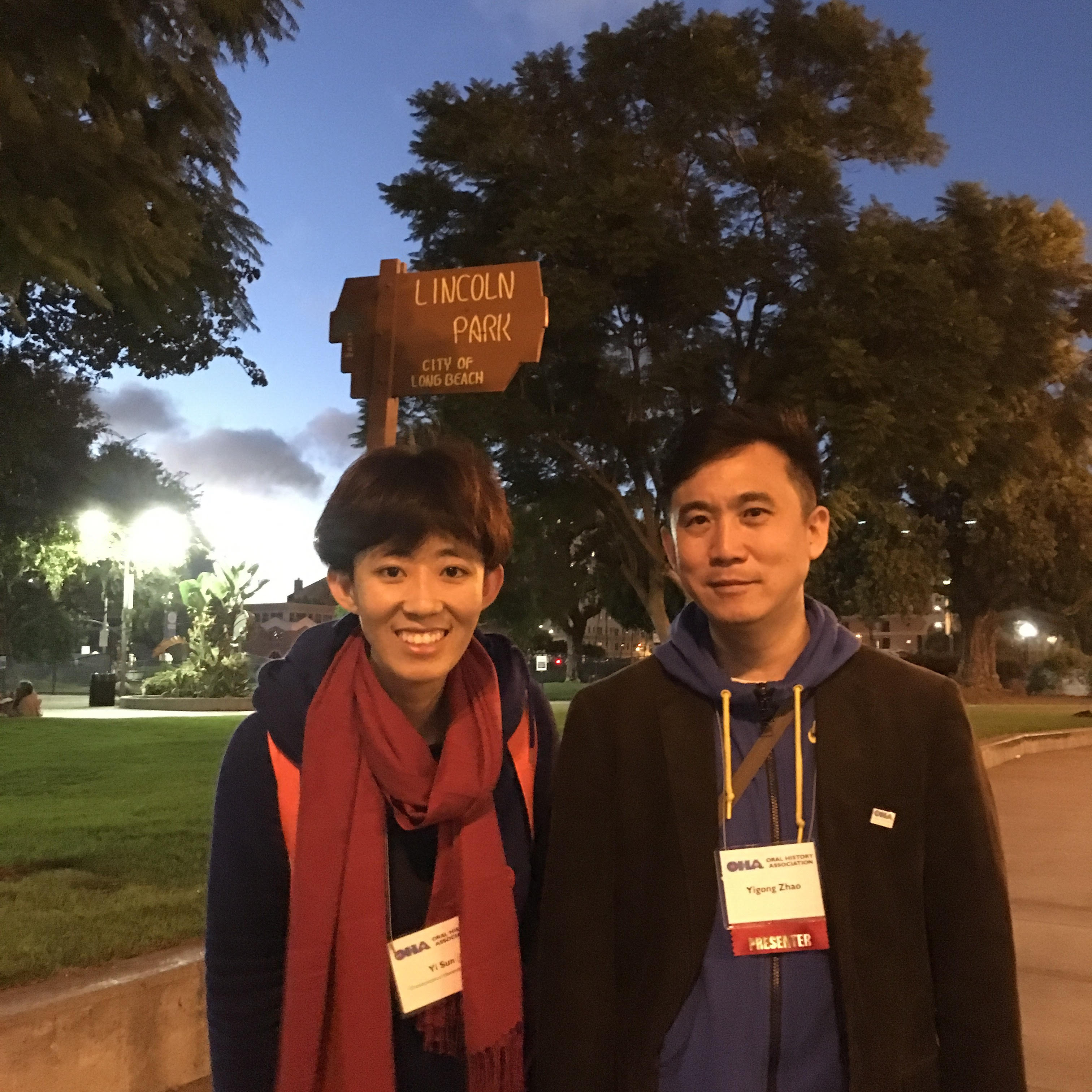 Welcome to what we hope is one of many upcoming blogs! Our goal at the OHA Blog is to provide more member-driven content in order to create a space that allows for the expression of ideas and initiatives in oral history and to showcase our members.

For our first blog, Monica Sun writes about her mentor and friend Joseph Zhao, who she says “is extremely talented and experienced in doing oral history.” Joseph Zhao is with Cui Yongyuan Oral History Center of Communication at the University of China, and he is doing oral history projects while giving lectures in workshops and training programs. Besides being an oral historian, Joseph is a sports lover, and football is his strong suit. Alistair Thomson once compared oral historians to magpies because they have this exuberant zest of collecting various items. Joseph is collector of memories, books, coins, mini-sculptures…

Born in 1969, Joseph is a man with a natural gift of communicating and insatiable curiosity. He starred in the film “Saihu the Dog” when he was 12. After graduating from Beijing Film Academy, Joseph made several famous TV ads and then became the program planner of China’s first talk show, “To Be Honest”, in 1996. Thanks to a documentary series named “Story of Movie”, Joseph got a chance to make oral history interviews with old Chinese filmmakers, which is how he turned into a “memory collector”. In his own words, the first ten years of doing oral history is like an evolution from ape to human being.

In 2002, the documentary series came to an end and he made over 1,500 oral history interviews with old Chinese directors, actors, actress, cosmeticians, screenplay writers, concept artists, composers, editors, sound mixers and producers. This project is like a talking encyclopedia of Chinese filmmakers and a dynamic version of Chinese film history. Traditionally, only famous directors and actors could be written about in film history and the role of other film artists have been diminished in the development of film industry. This project is kind of like a panorama of Chinese film industry after the founding of New China in 1949.

Any oral historian would understand the dilemma of interviewing the elders: you have to give them enough time to rest given their health condition; at the same time you also wish to have a thorough conversation. Director Xie Jin’s narration amounted to nearly 20 hours, and the conversation was divided into 6 sessions since he could only do 3 to 4 hours per day. What’s worse, sometimes you are waiting for someone to accept your interview, but the only reply turns out to be an obituary. Joseph has become good friends with many of those film artists and he claims that drawing strength from their stories would be the most precious reward of doing oral history.

The oral history project that Joseph currently works on is “Zhiqing (educated youth) in Cultural Revolution”. Cultural Revolution, as an appellation of a series of political movements over nearly two decades, drags in more than 17 million youngsters who were sent to rural areas to be re-educated by peasants and created a “Cast-off Generation”. Up to now, Joseph has made nearly 500 oral history interviews with Zhiqing who come from more than 20 provinces in Mainland China. Their stories count an indispensable part of China’s contemporary history but were somehow erased from official historical records, making their stories even more rare and precious. “If each and every minute of the interviews could be broadcast on CCTV, then the oral history would be of no value.” Joseph always says the beauty of oral history is that you get a chance to learn about the history from a non-official perspective.

Almost every oral historian is talking about the excitement of listening to fabulous stories and meeting different people, but few have been talking about how to react to the miserable, even horrible stories. To those narrators, the conversation is like a healing process, and most of them took a great relief after sharing their “experienced” political movements. Some of the interviews would remain confidential for a long time, but they will be a valuable source for the future generations to learn about their nation and predecessors. 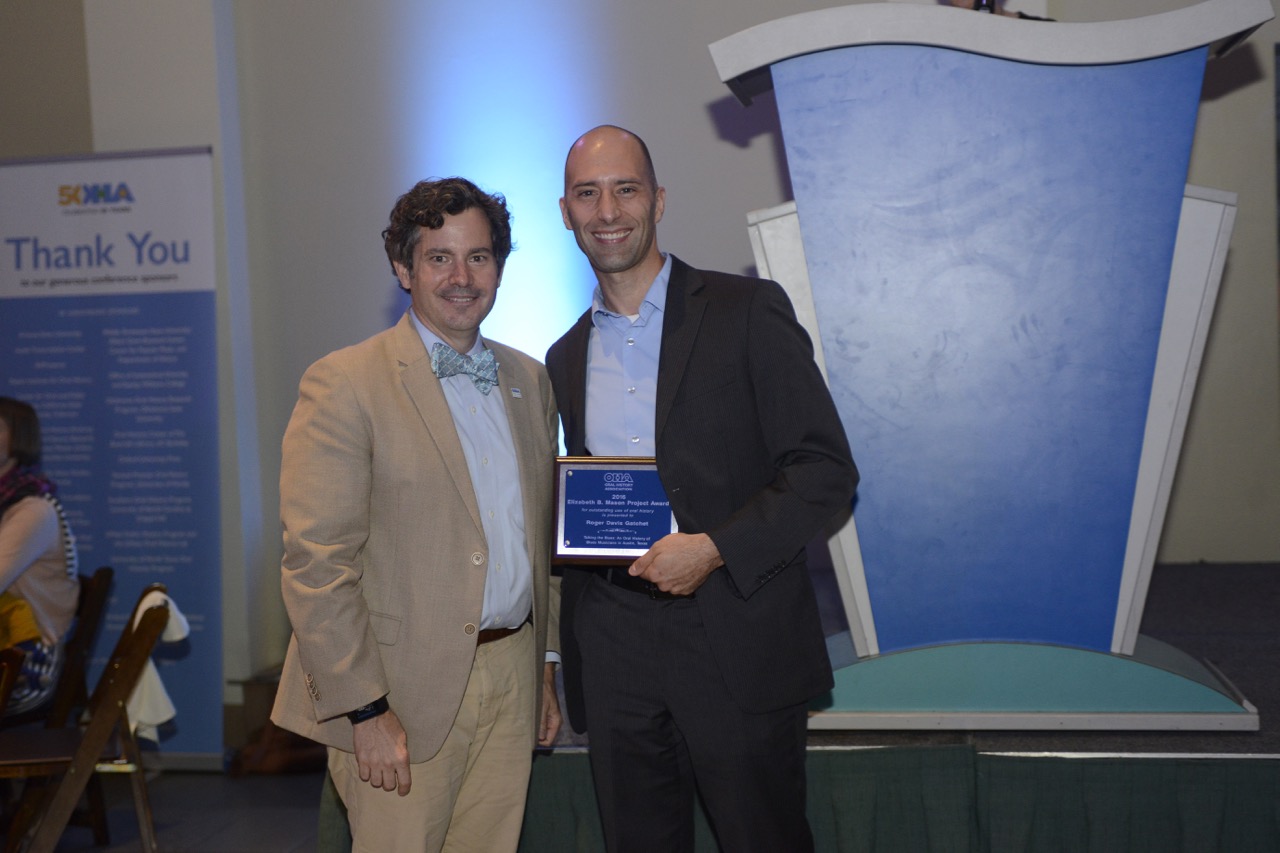 The purpose of the OHA Article Award is to recognize a published article or essay that uses oral history to make a significant contribution to contemporary scholarship; and/or significantly advances understanding of important theoretical issues in oral history; and/or is an outstanding example of sound oral history methodology.

The purpose of the Book Award is to recognize a published book that uses oral history to make a significant contribution to contemporary scholarship; and/or significantly advances understanding of important theoretical issues in oral history; and/or is an outstanding example of sound oral history methodology.

The purpose of the Elizabeth B. Mason Project Award is to recognize outstanding oral history projects.  There are two awards given: one for small projects and one for major projects. The awards will not be given to an ongoing project or oral history program, although they may be given to a distinct project or interview series within such a program.

The Martha Ross Teaching Award recognizes a distinguished primary or secondary school teacher or professional involved in educational outreach at the precollegiate level who has incorporated the practice of oral history in the classroom in an exemplary way.

Oral History in a Non-Print Format

This award was established to recognize a film, video, performance pieces, radio program or series, exhibition, or drama that makes significant and outstanding use of oral history to interpret an historical event, person, place, or way of life. In recent years, this category has expanded to recognize digital projects including podcasts, mobile applications, and other products.

This designation recognizes individuals and organizations for outstanding achievement in using oral history to create a more humane and just world. Nominees may include those who use oral history as a means of furthering social justice as well as those collecting oral histories of social justice advocates. The award is named in honor of Stetson Kennedy, a pioneer oral historian whose work has been an important tool for advocacy on behalf of human rights. His work has also had a significant, continuing impact on the oral history movement itself. The Vox Populi Award was created to recognize work that has made this kind of difference in the world, while advancing our sense of the power of oral history in the process.

All nominations are due April 14, 2017. Award recipients will be announced in July of 2017 and the awards will be presented at the 2017 Annual Meeting in Minneapolis, Minnesota, October 4-7. 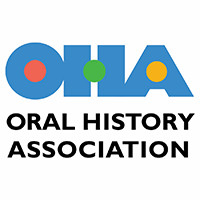 The Oral History Association strongly denounces the recent executive order imposing a travel ban on people from seven Muslim-majority countries, and temporarily suspending refugee admissions. As an organization, we reaffirm our fundamental values of respect, empowerment, diversity, dialogue, engagement, inclusion, and the free exchange of ideas, all of which the travel ban makes more difficult. We reject rhetoric of hate, division, exclusion, and discrimination.

The Oral History Association is a national and international organization comprised of over 700 members dedicated to the practice and preservation of oral history as a way to foster greater historical understanding.  Many of the most important historical stories are those firsthand experiences of immigrants and refugees, representing personal stories of crises, political upheaval, migration, and opportunity.  The implementation of this executive order is a blatant expression of intolerance and discrimination, and the Oral History Association rejects all forms of discrimination.  The implementation of this executive order is contradictory to our core values and will profoundly inhibit cross cultural dialogue and engagement, teaching and learning, as well as profoundly impact research and open scholarly discourse on a global scale.

We take this opportunity to urge policy makers to reject discriminatory policies and focus on unity and balance. Reaffirming our Statement on Diversity and Inclusivity, the Oral History Association will continue to strengthen our commitment to uphold our core principles and values and continue to welcome diverse individuals and communities into our Association and at its meetings, activities, and collaborations. 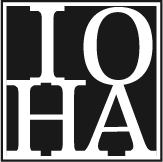 OHA International Committee Vice-Chair Michael Kilburn will be attending the Czech Oral History Association (http://www.coha.cz/) in Brno February15/16, 2017. He will be giving a report from the road so watch this space.

As well, Michael will also be writing a review of ‘Velvet Revolutions. An Oral History of Czech Society’ by Miroslav Vaněk and Pavel Mücke. When available, we will post this review to our blog.

A Call for Papers Oral History and Emotions was posted today by the Journal of the International Oral History Association. The full call along with guidelines can be found at:

In recent years, issues related to the world of emotions have gained interest within academia. Even though the approaches to these matters may vary – starting with the different meanings of the terms “emotion” and “affect” in different languages – it could be argued that all of them share an interest in inquiring not so much about what emotions are, but what they do (Ahmed, 2007). Oral History has not been an exception, and many of its studies incorporate in their theoretical and methodological tools elements coming from this new field of study, developed from Social and Critical Theory (Harding, Bornat, Hamilton, Llona…).

The following call for papers is aimed at those academic studies that use emotions as an analytical tool and demonstrate, from specific testimonies, how emotions point our actions towards a particular direction and infuse with meaning our everyday experiences. We seek to elucidate whether it could be possible to define a period or historical event by its “mood” or atmosphere, capable of introducing social or cultural transformations, as well as to analyze which emotional/affective practices are possible and in which bodies or subjectivities they reside.

-The way in which emotions in a social and political sense determine historical circumstances,– the relationship between emotions and memory, the way in which expectations, disappointments, trauma or any other kind of “affective event” configure our experiences and influence how we remember and narrate the past.

-The affective dynamic that is established between the interviewer and interviewee during Oral History interviews, and its effects upon the final result of the studies.

-The use of emotions and their commemorative purpose in memorials, performances, installations, etcetera.

-Any other aspect seeking to explore the relationship between Oral History and emotions.